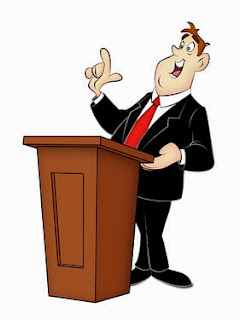 It seems to me that the more educated we get, the farther we find ourselves from God. Think about the men and women who walked with God during the days of the Old Testament. They were not very educated, but they had incredible experiences and relationships with God. Then during Jesus’ day, the more educated scribes and Pharisees were about as far from God as you can get.

We see the same trend in our present day. Our knowledge is increasing at an alarming rate, but we are moving farther from God. So what did He do about this problem in the past? “After that in the wisdom of God the world by wisdom knew not God, it pleased God by the foolishness of preaching to save them that believe” (1 Corinthians 1:21).
Personally, I understand the term “the foolishness of preaching.” Before I became a Christian, I used to attend a local church with my wife. At that time, she loved going to church, but I didn’t. I really thought the preacher was being silly getting so worked up about some words on a page. To me, it was pure foolishness.

That is, until I gave my heart to Christ. After doing so, I loved hearing the preaching of the gospel. It was so powerful to me. I wanted to hear more and more preaching. Accordingly, the Bible says, “The preaching of the cross is to them that perish foolishness; but unto us which are saved it is the power of God” (1 Corinthians 1:18).

The same thing is true today. Many of the wise men and women of our day think that God’s plan to save people through the foolishness of preaching is silly.  To them, He could have come better than that. Similarly, those who want some visible sign can’t get with this idea of accepting by faith someone they can’t see and who lived here almost 2000 years ago.

Yep, God came up with the foolishness of preaching. Many in the world may regard it as such, but there is nothing more life-changing than the Word of God, proclaimed by human vessels that have been anointed by God, and believed on by men and women whose hearts are open to God.